The Linen Project began in 2018 with a small field of historic flax at the Netherlands Open Air Museum in Arnhem. This was harvested by members of The Linen Project and interested volunteers, under the guidance of the museum demonstrators.

Participation has played a central role from the start; actively involving people in the cultivation and processing of flax and the production of linen generates insight, involvement, and connection that is culturally and historically grounded. After all, flax cultivation and linen production are part of our cultural heritage. In the past, there was a vital and self-evident connection between textiles and agriculture. Through its various activities, The Linen Project seeks to restore this connection and contribute to a broad awareness that agriculture remains a source of the raw materials that are essential in fulfilling our daily basic needs, such as clothing, food, and shelter.

Video of the traditional flax harvest at the Netherlands Open Air Museum in 2018 by Theodoor Adriaans for The Linen Project. 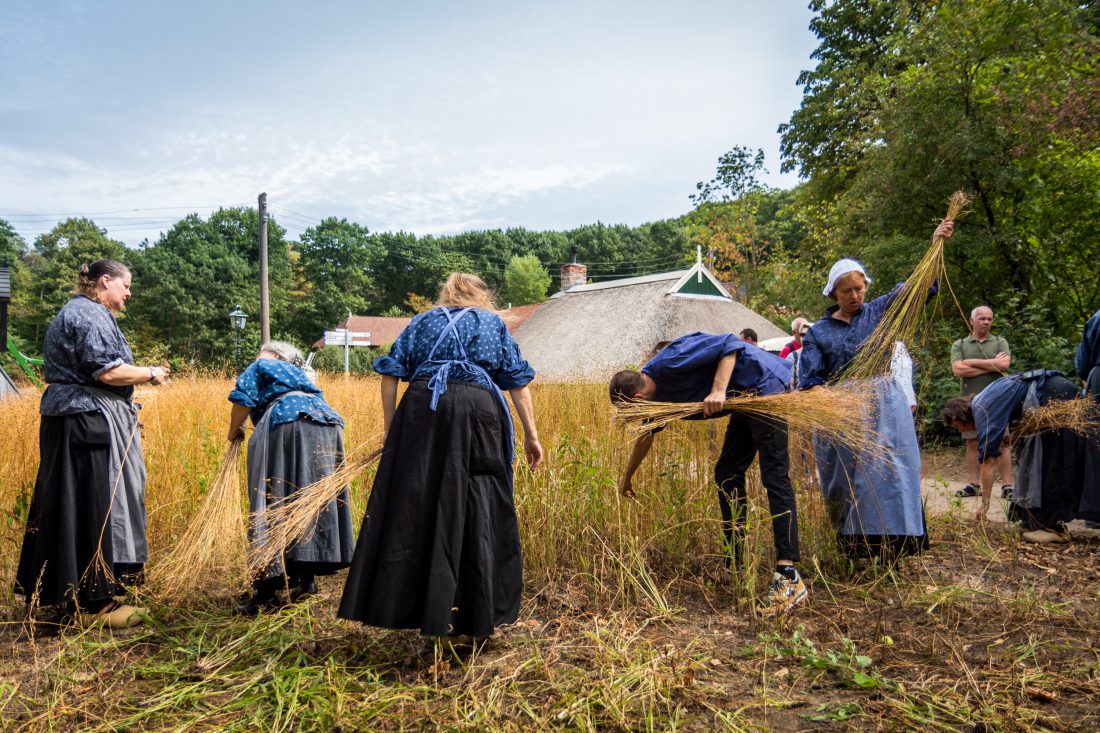