The production and use of flax and linen span branches of knowledge and practice, with local and international resonance. The flaxicon – an archive of (textual) resources generated by The Linen Project’s activities so far – gives insight into related processes and perspectives, their application, and significance.

An introduction to The Linen Project and its activities, including the steps traditionally involved from flax seed to linen thread, part of the video series HOW for the online exhibition HOW&WOW Linen. The full series is now available to view in the flaxicon. Starting with the seed that eventually transforms into the striking blue flax bloom and following the process in which terms such as rippling, dew retting, scutching and hackling tow at once take on meaning.

The videos were made in collaboration with Karlijn Bokhorst and Heleen Lorijn, in conversation with Theodoor Adriaans. 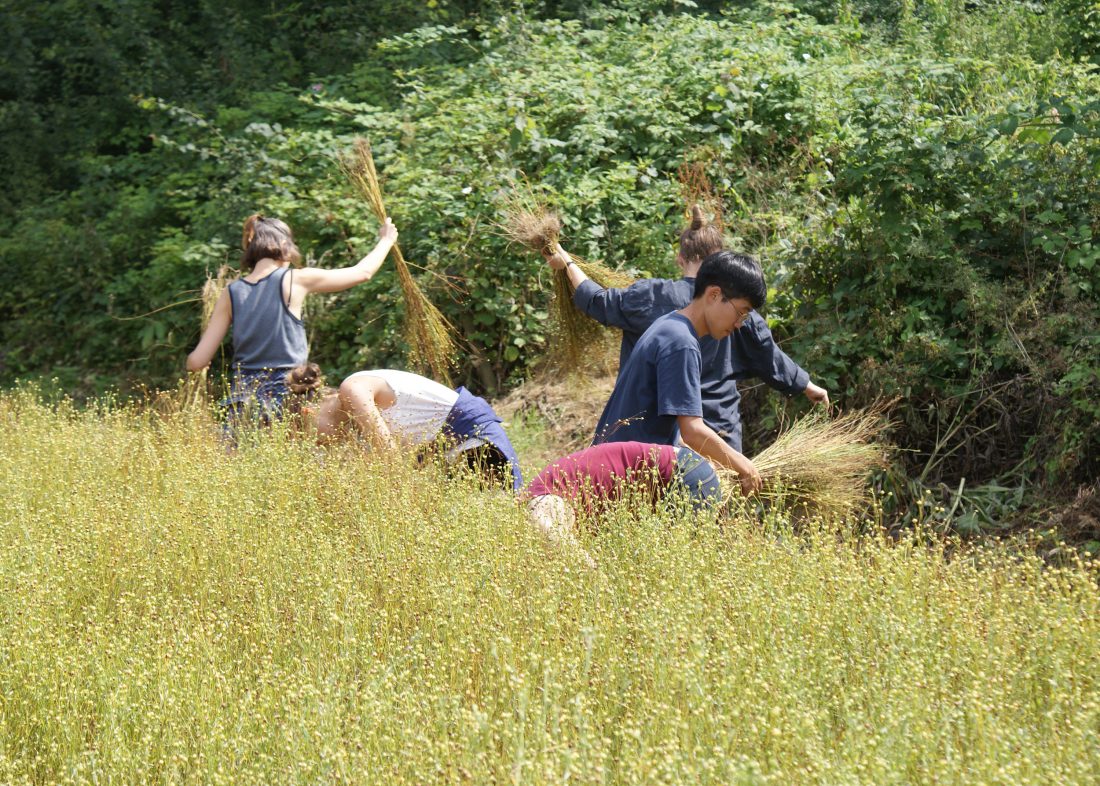 In conversation with Karlijn Bokhorst, flax cultivation supervisor for The Linen Project in 2019 and 2020, on location at the Linen Stewards flax field at Ekoboerderij de Lingehof. 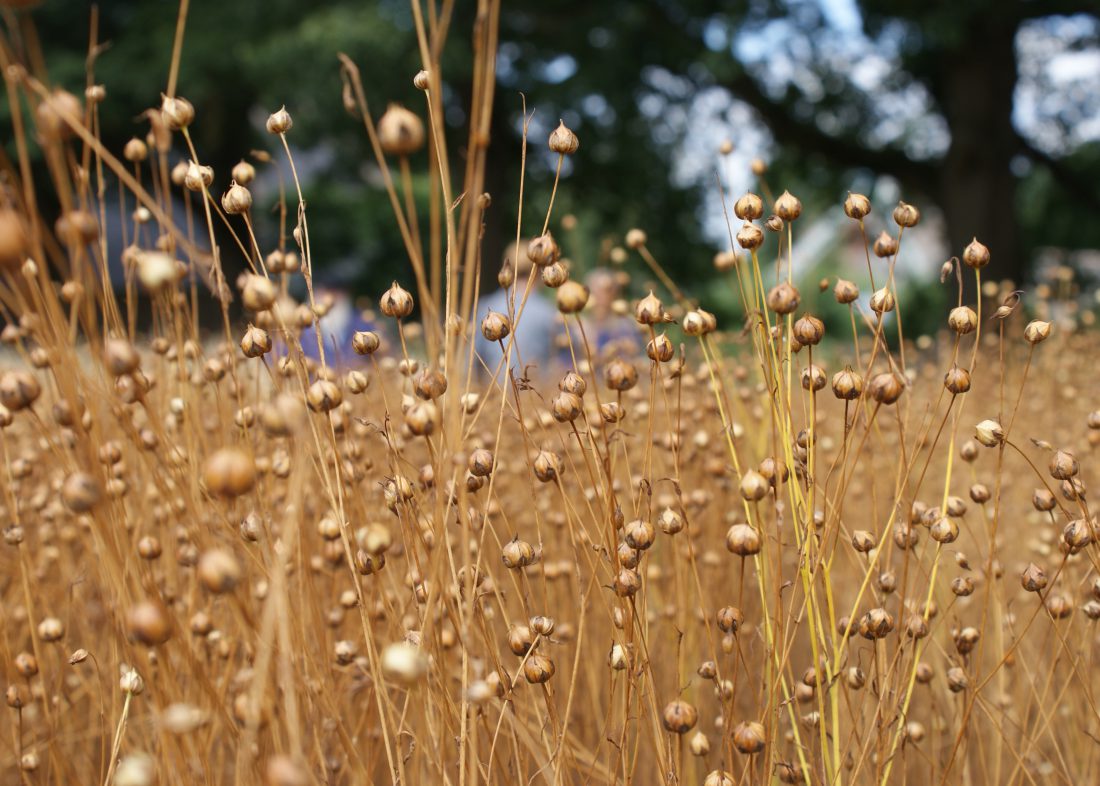 Karlijn Bokhorst, flax cultivation supervisor for The Linen Project in 2019 and 2020, talks about the importance of weed removal and exploring organic farming methods. The Linen Stewards weed by hand – bringing a connection with the soil, the flax and each other – on location at their flax field at Ekoboerderij de Lingehof. 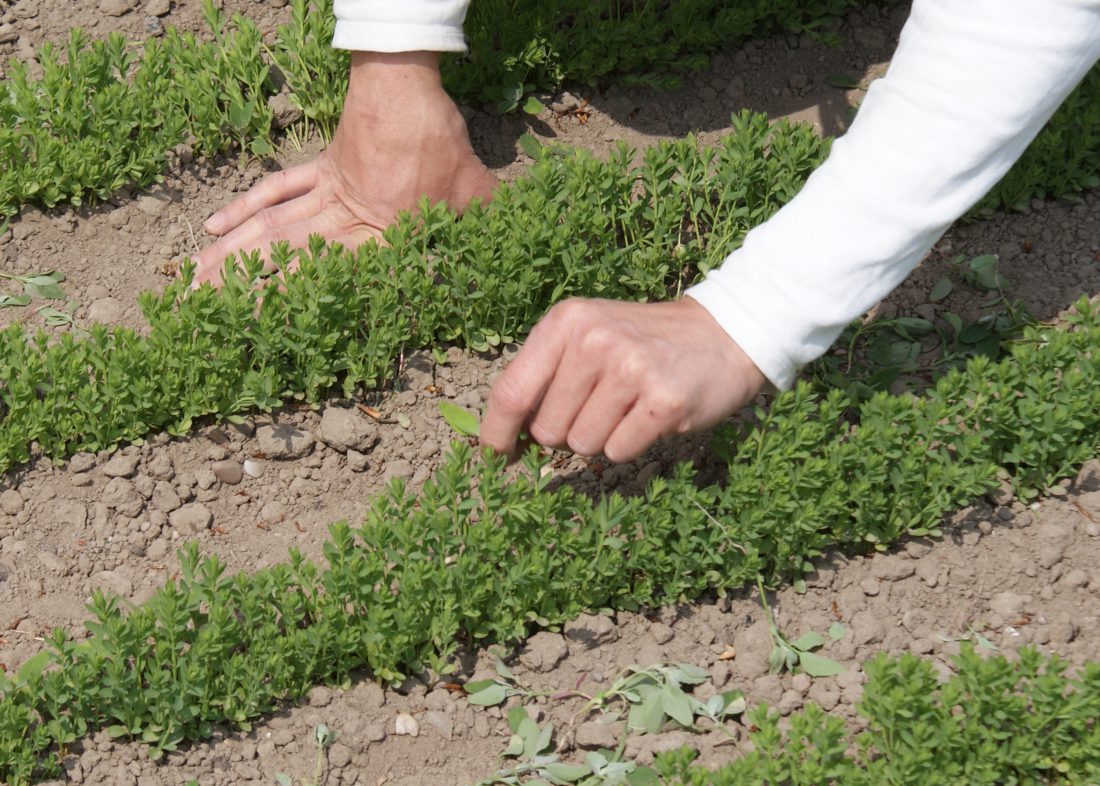 Karlijn Bokhorst, flax cultivation supervisor for The Linen Project in 2019 and 2020, introduces the three stages of the flax harvest process while the Linen Stewards demonstrate what it means to harvest flax by hand on location at their field at Ekoboerderij de Lingehof in 2020. 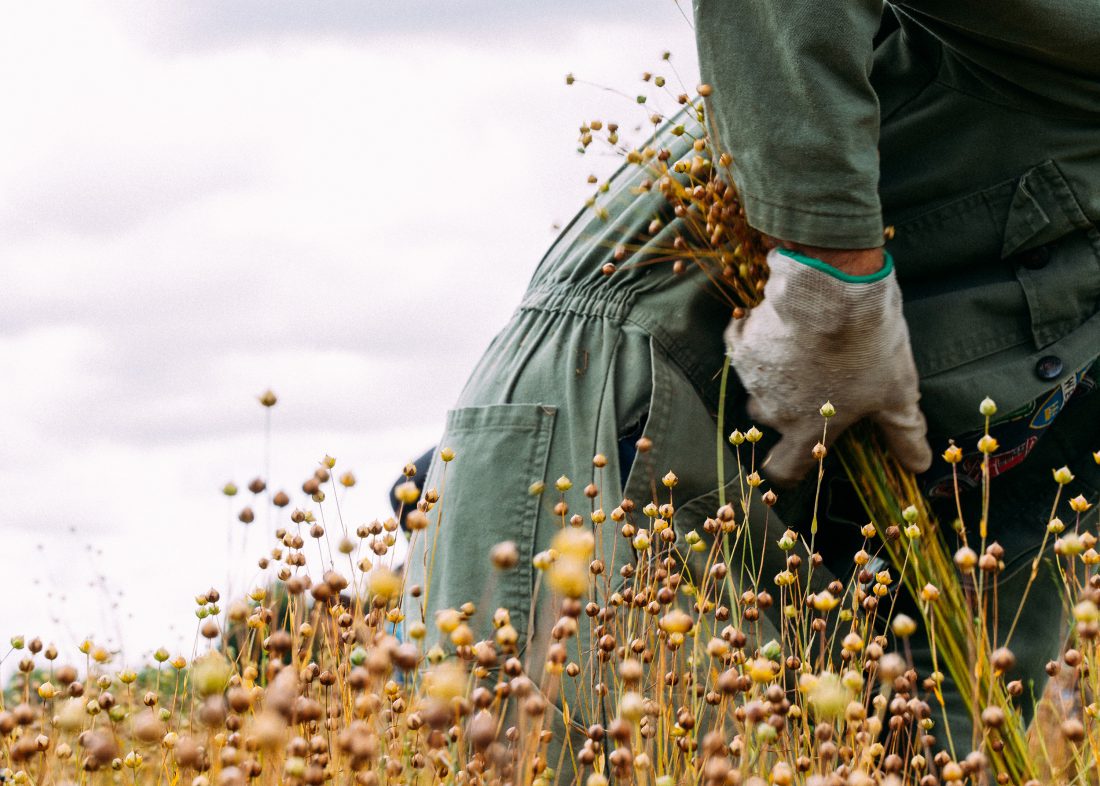 Karlijn Bokhorst, flax cultivation supervisor for The Linen Project in 2019 and 2020, explains the (dew) retting process and the simple necessity of turning the flax, as demonstrated on location with the Linen Stewards at Ekoboerderij de Lingehof during their 2020 flax harvest. 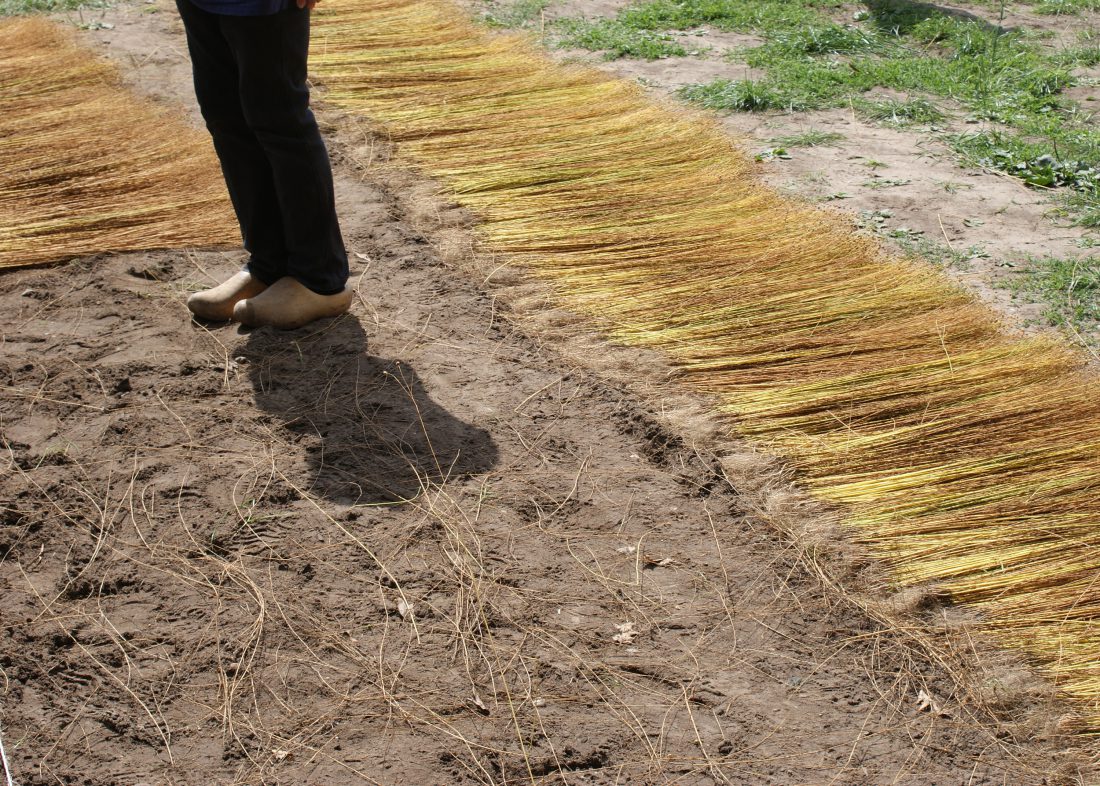 On location with the Linen Stewards 2020 at their flax field at Ekoboerderij de Lingehof, Karlijn Bokhorst, flax cultivation supervisor for The Linen Project in 2019 and 2020, describes the precarious moment of bringing in the harvest and demonstrates how to roll a flax sheave.

Heleen Lorijn is experienced in historical flax and linen practices and grows her own flax to research and conserve the haptic knowledge involved. Here she explains and demonstrates how fine flax fibres and other materials are extracted from the harvested flax stalks through various manual techniques. 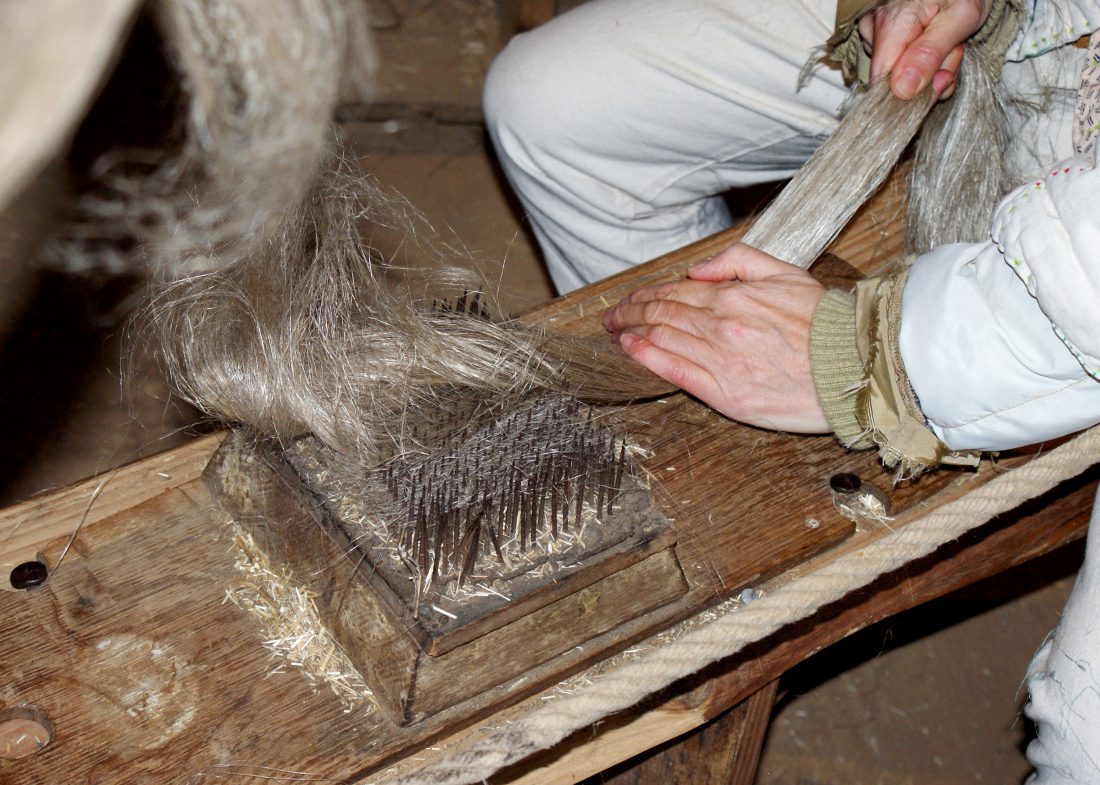 Once the flax fibres have been obtained, they are prepared for spinning. Flax expert Heleen Lorijn gives a workshop in ‘dressing the distaff’ to the Linen Stewards and demonstrates her preferred hand spinning and finishing techniques. The difference between the flax fibre qualities and their customary use is also explained. 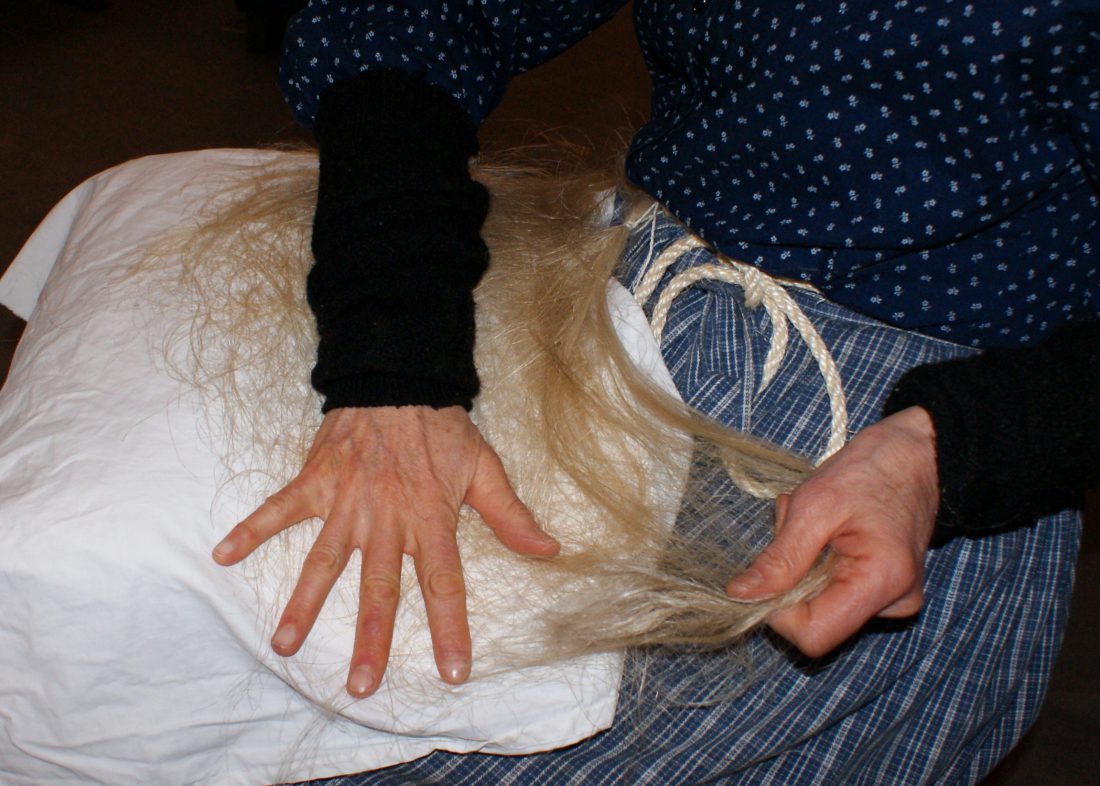 In preparation for the 2019 flax cultivation season and with a view to future activities, The Linen Project commissioned an advisory report via the Wageningen University & Research Academic Consultancy Training programme, exploring the possibility and the viability of local (biodynamic) flax production in the province of Gelderland. Team ReFlax delivered a concise orientation on the potential challenges and opportunities involved, including advice on best practices for flax cultivation specific to the region and the selection of seed varieties that season.

The Linen Project commissioned intern Eveline Nales to investigate the relationship between flax development, the availability of water in the soil, and the organic matter content at our flax cultivation locations in Arnhem and Hemmen in 2021. An exceptionally wet growing season resulted in the plants on both plots experiencing little water stress. Through regular field visits, other notable variables and their possible impacts were observed. Eveline’s research findings are summarised in this Bachelor Thesis report.

Day by day encounters in collectively caring for the plants that will clothe us.
Melanie Bomans reflects on her experience as a Linen Steward in the March 2021 edition of Australian-based Garland Magazine, Stewardship: The relationship between humans and nature. Read the full article alongside other inspiring contributions and insights on custodianship and craft.

The Linen Project is